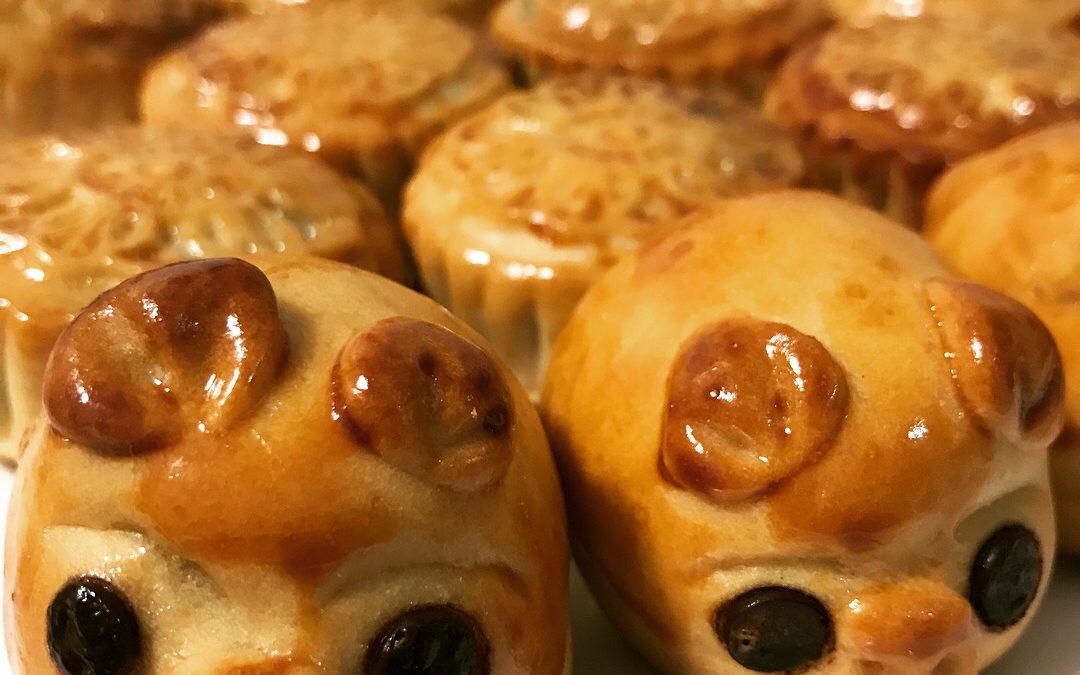 Aren’t these babies cute? I made the piggies mooncakes last year and they were enormous. This year, I decided to half the size and they turned out mini and adorable and I am sure not that cloying too. 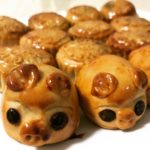 Last year, I went overboard with the mooncakes and made way too many , tiring myself out too. This year, I bought just 2 packets of paste and a jar of sesame paste and that’s that. I managed to finish the paste and just to make sure I don’t waste as well next year, for two 1kg paste, I was able to bake about 10 mini piggies (35g paste and 25g dough) , 1 huge one (70g paste and 50g dough) and 36 rounds (45g paste with a dollop of sesame spread in the middle and 20g dough) with 700g of dough with excess.

For the steps on how to make the piggies, please refer to https://www.anncoojournal.com/handmade-piggy-mooncakes/ 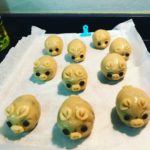 Here’re the cuties before they went for a tan.

So here’s the recipe for the traditional round. I recommend rolling the pastes into weighed balls before assembling them and this can be done over 2 days. I weighed and shaped the pastes and made the dough on one day and assembled and baked them on another day and it was more manageable that way.

There! Mooncakes bake for year 2017, one bake and that’s all. I think they look all shining and inviting. They say we eat with our eyes first right? 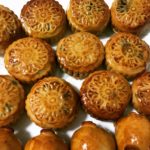